As a former Colonial city, Boston's layout still accounts for many public spaces. These were very fashionable in an era that pre-dated modern forms of transportation or communication when the citizenry would have to gather outside a public house or square in order to be informed of the news of the day, socialize or form a mob and run someone out of town. Thankfully, those chaotic days of revolution are behind this magnificent city but its residents still enjoy being out and about in the city's many plazas, squares, and green spaces. The following are some of the best places in Boston to enjoy the outdoors.

The M.I.T. Museum is a window into the world of some of the latest and most exciting research at MIT. Visitors can explore over 150 years of education and research in the forefront of science, engineering, and technology. Located at 265 Massachusetts Avenue, the Museum presents an exciting array of exhibitions, covering everything from artificial intelligence and oceanography, to architecture, three-dimensional holograms, and the world's largest collection of the much loved kinetic sculptures by Arthur Ganson.

Designed by I.M. Pei, the John F. Kennedy Library was dedicated by President Jimmy Carter and the Kennedy Family in 1979. Located on a ten acre park, the museum is dedicated to the life and legacy of the 35th president of the United States. The library also hosts the Profiles in Courage award, given annually to honor elected public officials.

The Gibson House offers visitors a glimpse into 19th century living in Boston's Back Bay. As one of the Back Bay's first residences, the Gibson House was built in the mid-19th century and remains the unspoiled residence of a well-to-do Victorian Boston family. Kitchen, scullery, butler's pantry, and baths, as well as formal rooms and personal quarters are filled with the Gibsons' original furniture and personal possessions. Located on 137 Beacon Street, between Arlington and Berkeley Streets, Boston.

Built in 1742 at the site of the old town dock, Faneuil Hall was the location of town meetings in colonial Boston. It is often referred to as “the Cradle of Liberty” because it was here that Samuel Adams, James Otis and other leaders in the American Revolution made speeches against British oppression.

Housed in a dazzling edifice, the Institute of Contemporary Art (ICA) is a treasured centerpiece in Boston's flourishing Fort Point Channel neighborhood. Featuring a glass-enclosed gallery space cantilevered over the Boston Harbor, the modern façade of the Institute provides an interesting contrast to the historic architectural designs prominent in the city's skyline. The arrival of the museum in 2006 helped spur the artistic renaissance of this former warehouse district. The ICA sponsors a variety of dynamic permanent and rotating exhibits in its breathtaking waterfront setting.

One of Boston's oldest neighborhoods, Beacon Hill is known for its charming, narrow cobblestone streets, federal style row houses and gaslit street lamps. It's also considered to be one of Boston's most desirable and expensive residential areas in the city. A visit to Boston isn't complete without a stop here. Whether to shop, dine or wander about admiring the architecture and numerous historic sites, there are so many things to do in Beacon Hill.

The Old State House, built in 1713 on the site of the first Town House, is the oldest surviving public building in Boston. The building served as a meeting place for the exchange of economic and local news and was said to be the center of politics in the colonies. The Declaration of Independence was read from the balcony on the east side of the building, and just below it is the spot where the Boston Massacre took place. The Old State House is one of the most important public buildings in the U.S.

The Bunker Hill Monument was the first public obelisk in the United States designed to commemorate the Battle of Bunker Hill. The battle was actually misnamed because the majority of the action took place on Breed's Hill and that is where the monument sits. The monument was begun in 1827 but construction had to be halted and it wasn't completed until 1843. The architect, Solomon Willard, had the granite for the 221 ft structure brought in from Quincy, Massachusetts.

The Black Heritage Trail features various homes, memorials, and sites that are significant in the history of Boston's 19th century African American community. The first slaves arrived in 1638 and by 1705 there were over 400. At this time there were also the beginnings of a free black community in the North End, and by 1790, the time of the first census, Massachusetts reported no slaves. The trail includes the Robert Gould Shaw & the 54th Regiment Memorial, first black regiment, the George Middleton House, the oldest home built by African Americans on Beacon Hill, and the Phillips School, one of Boston's first schools with an interracial student body.

Chinatown in Boston is the only historic Chinatown in New England. The area first became populated by Chinese immigrants in the early 1890's. Before that, the area was settled by White Anglo-Saxon Protestants. Irish, Jewish, Italian, and Syrian immigrants also all lived in the area at one time or another because of the low cost of housing and job opportunities in the area. In the late 19th century, manufacturing plants moved into the area and remained active through the 1990's.

The Museum of African American History is New England's largest museum dedicated to telling the story of organized black communities from the Colonial period through the 19th century. A variety of exhibits, programs, events and educational activities are presented that showcase the stories of black families – from how they lived, educated their children, worshiped, worked, created artwork and how they organized politically to advance the cause of freedom. Located within the African Meeting House, which is the oldest African Meeting House in America and inside the Abiel Smith School, which was the first building in the country constructed for the sole purpose of housing a black public school, the buildings themselves are a big part of the rich heritage and incredible past of the African Americans in New England.

Harvard Square is an intellectual and offbeat area with a mix of languages, ages, and cultures. Its streets are lined with coffeehouses, independent bookstores, cinemas, and music stores. The centerpiece of the area, Harvard University, is the oldest institution of higher learning in America, established in 1636. Its long list of famous alumni includes seven presidents of the United States. The campus is distinguished by a diverse collection of historic buildings and the acclaimed Harvard University Museum offers expansive collections. For information, visit the University Events & Information Center on Massachusetts Avenue. 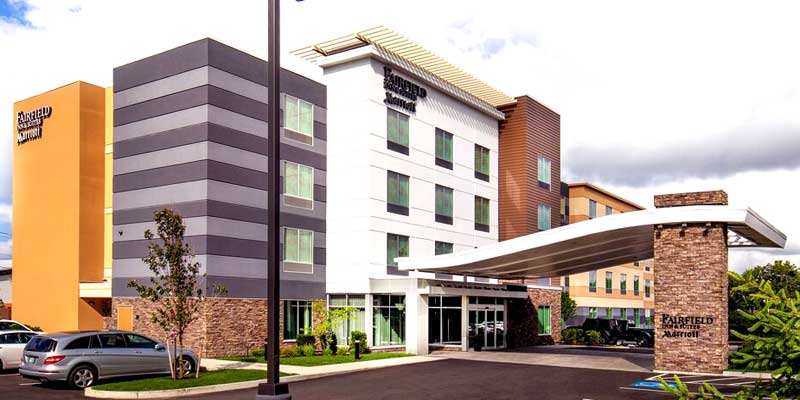